Cacao and Colonial Chocolate: A Multi-Lesson Exploration of the History of Chocolate is now available!

This curriculum for high school students traces the history of chocolate from the Maya through colonial Boston and the slave trade to the present day chocolate industry and its connection to child labor.  Below you can preview the video from the third lesson, Boston Chocolate.

This curriculum is available to educators free of charge.  Please click the button below to request access.

The 5th grade curriculum, Chocolate as a Lens to the Past, is also now available!

In six different lessons students are challenged to look at the history of chocolate in Boston from both a historical and scientific perspective while analyzing a variety of primary sources and designing their own scientific investigations.

An Exploration of Trade, Production, and Slavery

Chocolate and the Old North

Recently, Old North uncovered more information about its complex connection to the chocolate industry in Boston. Several congregants were chocolatiers, turning cacao into chocolate blocks and drink. Among these congregants was Newark Jackson, for whom Old North’s historic chocolate shop was formerly named. However, recent research into previously inaccessible sources revealed that this involvement in the colonial chocolate industry also meant that these congregants, including Jackson, were participating in smuggling, human trafficking, and enslavement. In fact, historian Dr. Jared Ross Hardesty believes that no chocolate sold in colonial Boston was free of connection to enslaved labor.

In addition to Jackson, we know of two other members of the church in the 1730s and 40s, George Ledain and Edward Tothill, who were merchant captains heavily involved in the trade of cacao and the chocolate industry. Evidence suggests that all three men participated in the human trafficking of enslaved Africans to Barbados and Suriname where the enslaved people were sold to cacao plantations in exchange for cacao beans. It is likely then that these cacao beans were transported to the English colonies where they were used in chocolate shops like the one Capt. Jackson owned in Boston.

Old North is grateful to Dr. Jared Ross Hardesty for sharing his research that brought to light these connections. We are continuing to research this connection to chocolate in colonial Boston and sharing the stories of those involved.

Chocolate in the Americas 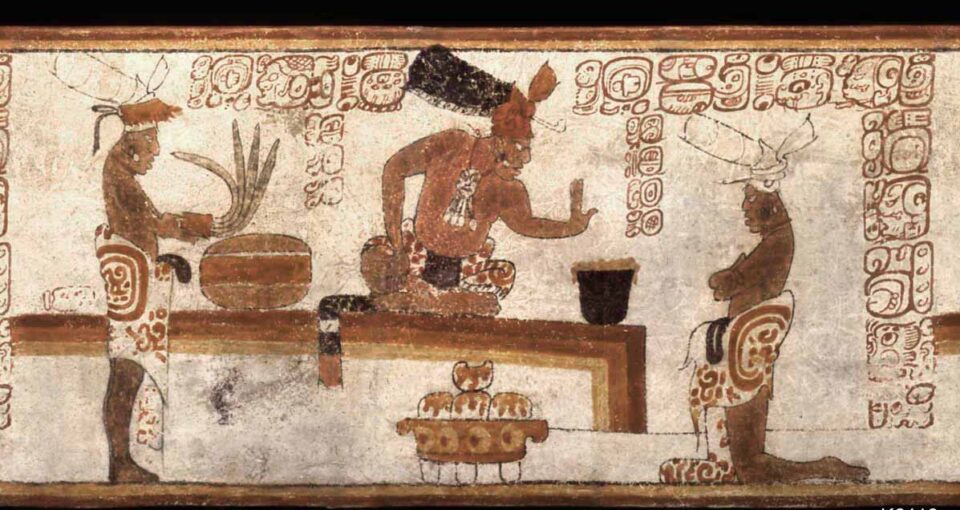 Centuries before the arrival of Europeans, indigenous peoples in the Americas had been roasting the beans of the cacao plant to make a smooth, rich chocolate drink. For civilizations like the Maya and the Aztec, chocolate was more than a drink, it was an important part of their culture. It held a high status and was associated with the elite and with the gods. For the Aztec, cacao was so valuable it could be used as currency. The Maya believed that cacao was one of the foods used by the gods to create human beings. Its association with the gods can also be seen in Mayan art.

When Europeans began arriving in the Americas and first encountered chocolate, they were intrigued by the drink. They soon brought it back to their home countries where new ingredients were added to the recipe and its popularity grew.

To the right: Maya Vase. Palace Scene Round. K 6418, Photograph by Justin Kerr 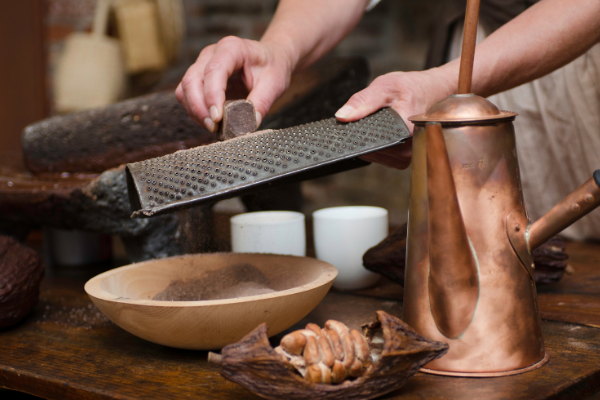 Despite European adaptations, in many ways chocolate remained closely connected to the Americas. Many of the important ingredients such as cacao, sugar, and chili pepper were grown in the Americas.

It was also more widely produced and consumed in North America. In England, the production and sale of chocolate was heavily regulated and taxed, thus making it an expensive luxury, synonymous with wealth and the aristocracy. However, these restrictions were not applied to England’s colonies in America. As a result about 70% of the chocolate sold in England was made in America with about 47% coming from Boston. In places where it was manufactured, like New England, chocolate was associated with the middle class and industriousness.

In the years leading up to the Revolutionary War, Parliament’s taxes on tea increased chocolate’s popularity in the colonies. To demonstrate their opposition to what they considered to be unfair acts of parliament, colonists boycotted taxed goods, including tea. Drinking chocolate not only became a convenient alternative, but also a sign of patriotism.

Are there foods in the 21st century that are considered patriotic or associated with other qualities? Why might they carry these meanings today? 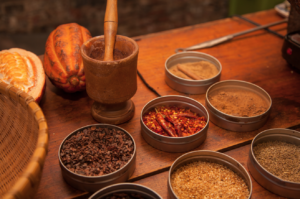 How to make chocolate in colonial Boston

Chocolate-making was a laborious and time-consuming venture and many chocolate shops in Boston relied on enslaved labor. Advertisements for the sale of enslaved peoples in Boston are revealing of this fact. Notice that these advertisements specifically note chocolate making as a skill. This would suggest that these enslaved people had a specialized ability and knowledge of chocolate production, making them an integral part of the chocolate industry in the colonies. 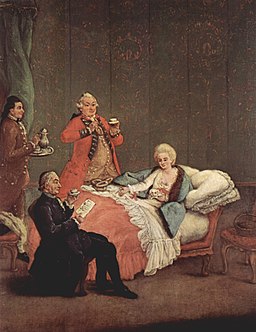 Exploration by Europeans in the Americas resulted in the spread of cacao to Europe. Initially valued as a medicine, chocolate soon became a popular recreation similar to coffee and tea. It permeated all aspects of society and we find mention of it in contemporary diaries, songs, and works of theatre and literature.

While Europeans were quick to adopt this drink, they also made changes to the recipe to suit their tastes.

Take a look at this list of ingredients traditionally used in Mesoamerican chocolate and compare it with these European recipes for chocolate. How do they differ from one another? What changes do you notice have been made to the recipes by Europeans?

The Renowned Jasmine Chocolate of the Grand Duke of Tuscany (Italian)

Recipe 3 (high taste, for those with no fear of overacting)

We are grateful to Mars Wrigley and Dr. Jared Ross Hardesty for their instrumental roles in helping us tell this history. With funding from the Forrest E. Mars, Jr. Chocolate History Grant, Dr. Hardesty uncovered several of Old North’s connections to the enslaved labor of the 18th century chocolate industry for his book, Mutiny on the Rising Sun: A Tragic Tale of Slavery, Smuggling, & Chocolate. 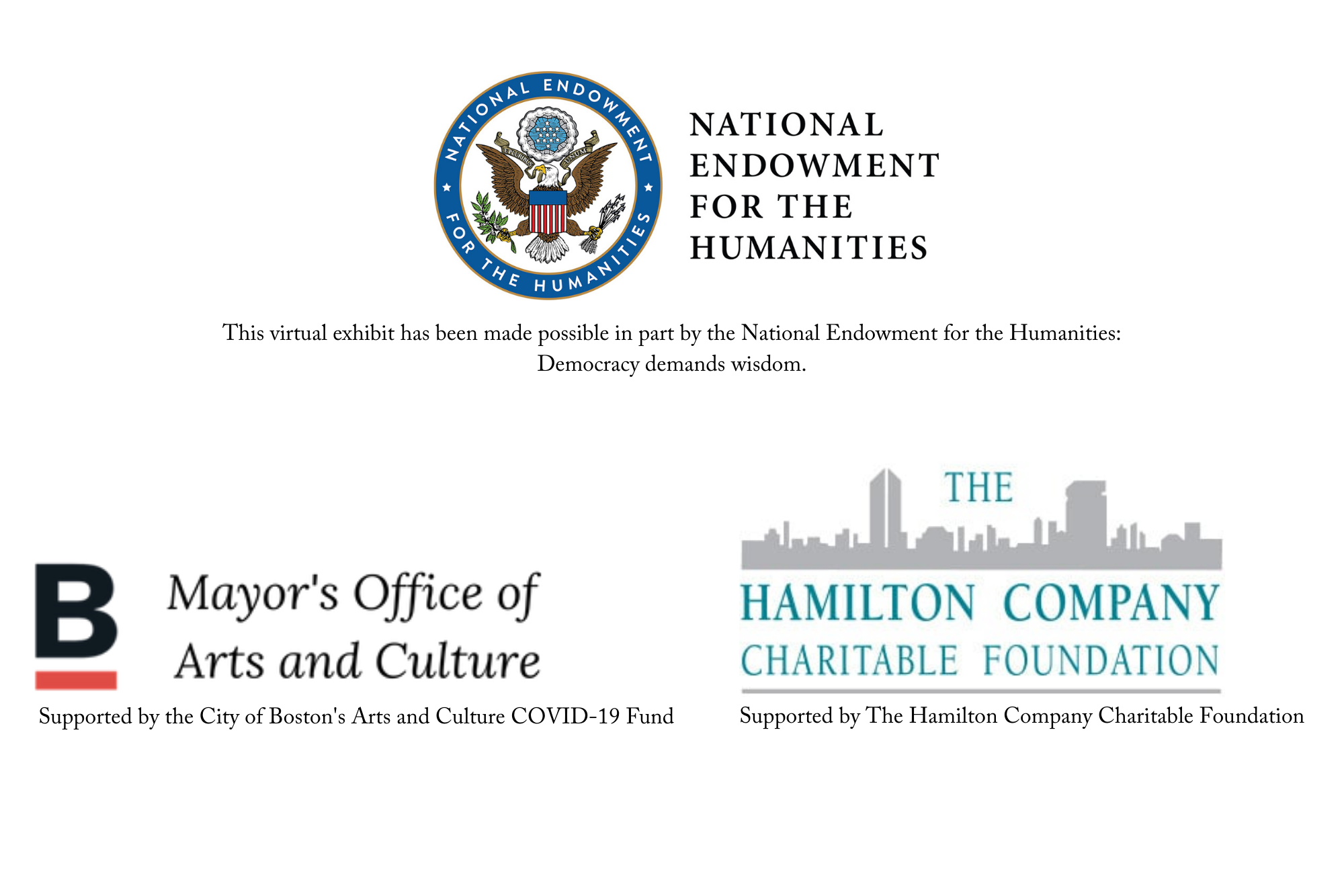