History of the Old North Church

The enduring fame of Old North began on the evening of April 18, 1775, when the church sexton, Robert Newman, and Vestryman Capt. John Pulling, Jr. climbed the steeple and held high two lanterns as a signal from Paul Revere that the British were marching to Lexington and Concord by sea across the Charles River and not by land. This fateful event ignited the American Revolution. Built in 1723, Christ Church in the City of Boston, known to all as the Old North Church, is Boston’s oldest surviving church building and most visited historical site. In 1775, on the eve of Revolution, the majority of the congregation were loyal to the British King and many held official positions in the royal government, including the Royal Governor of Massachusetts, making Robert Newman’s loyalty to the Patriot cause even more extraordinary. Each year we welcome over 150,000 visitors to our site to experience this unique and stirring monument to liberty. 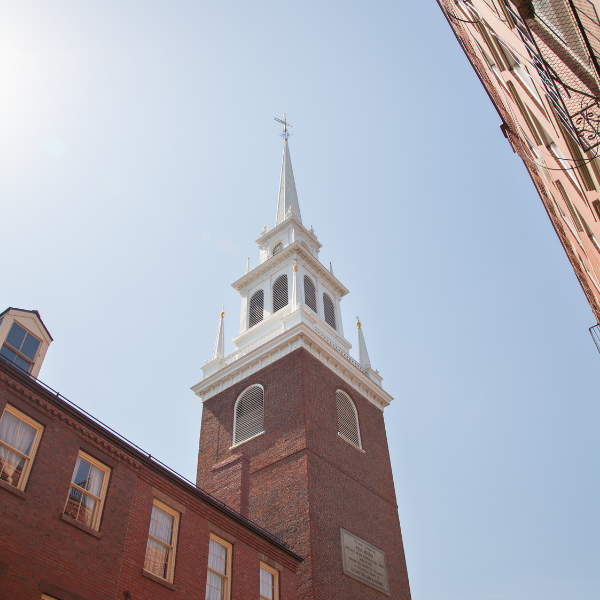 The Old North Church is Boston’s oldest surviving church building and one of the Freedom Trail’s most visited historical sites, known for “One if by land, and two if by sea,” and the midnight ride of Paul Revere. The Old North Church & Historic Site also includes: 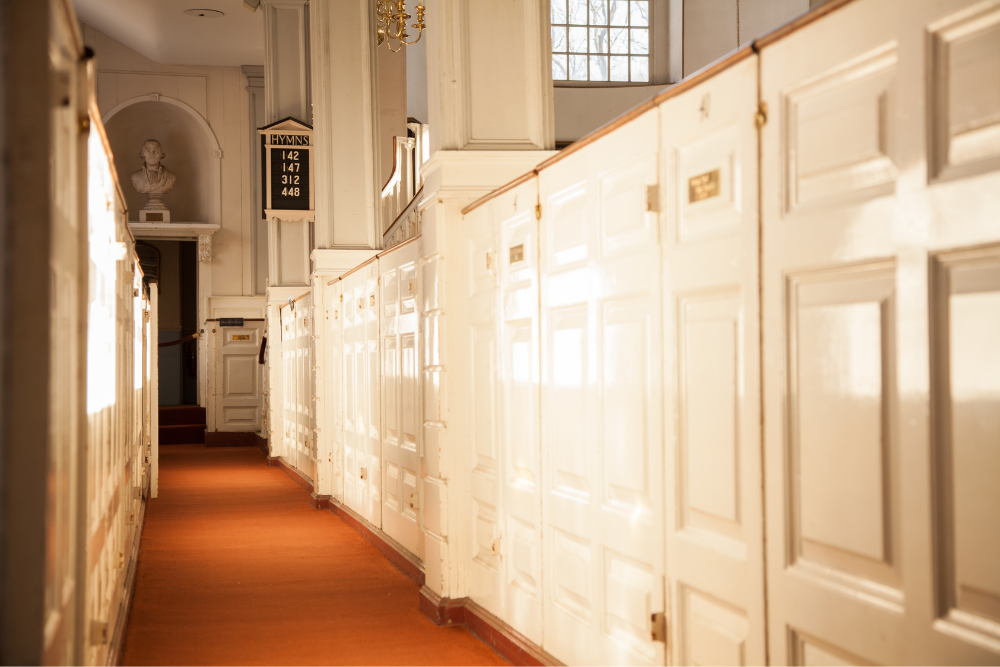 Over the course of (almost) 300 years, many fascinating people have come through the doors of Old North Church and sat in its unique box pews. Read about some of them in our continuing series, This Old Pew.