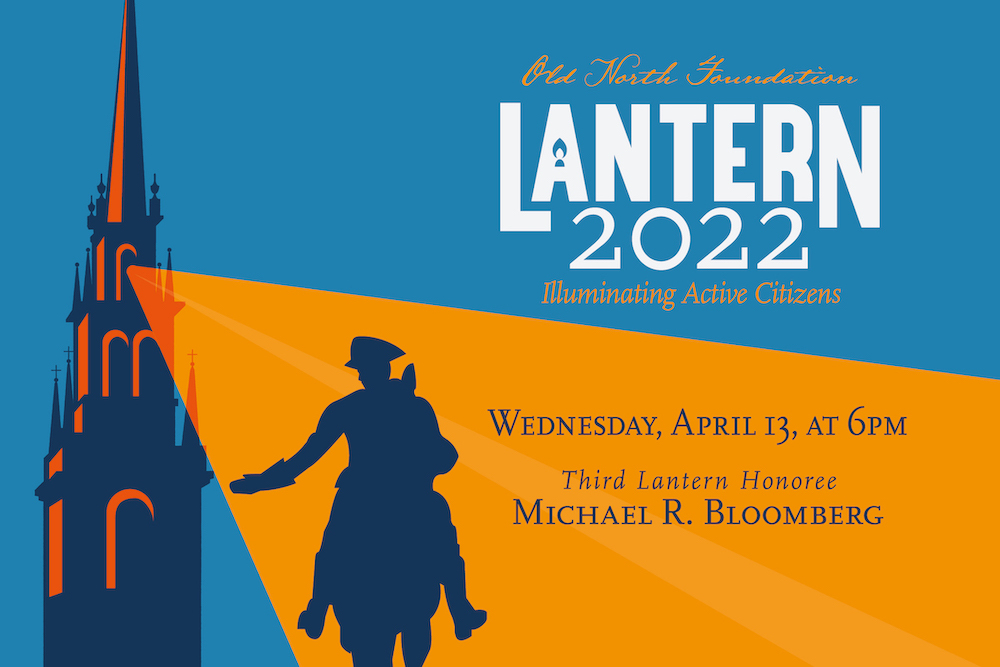 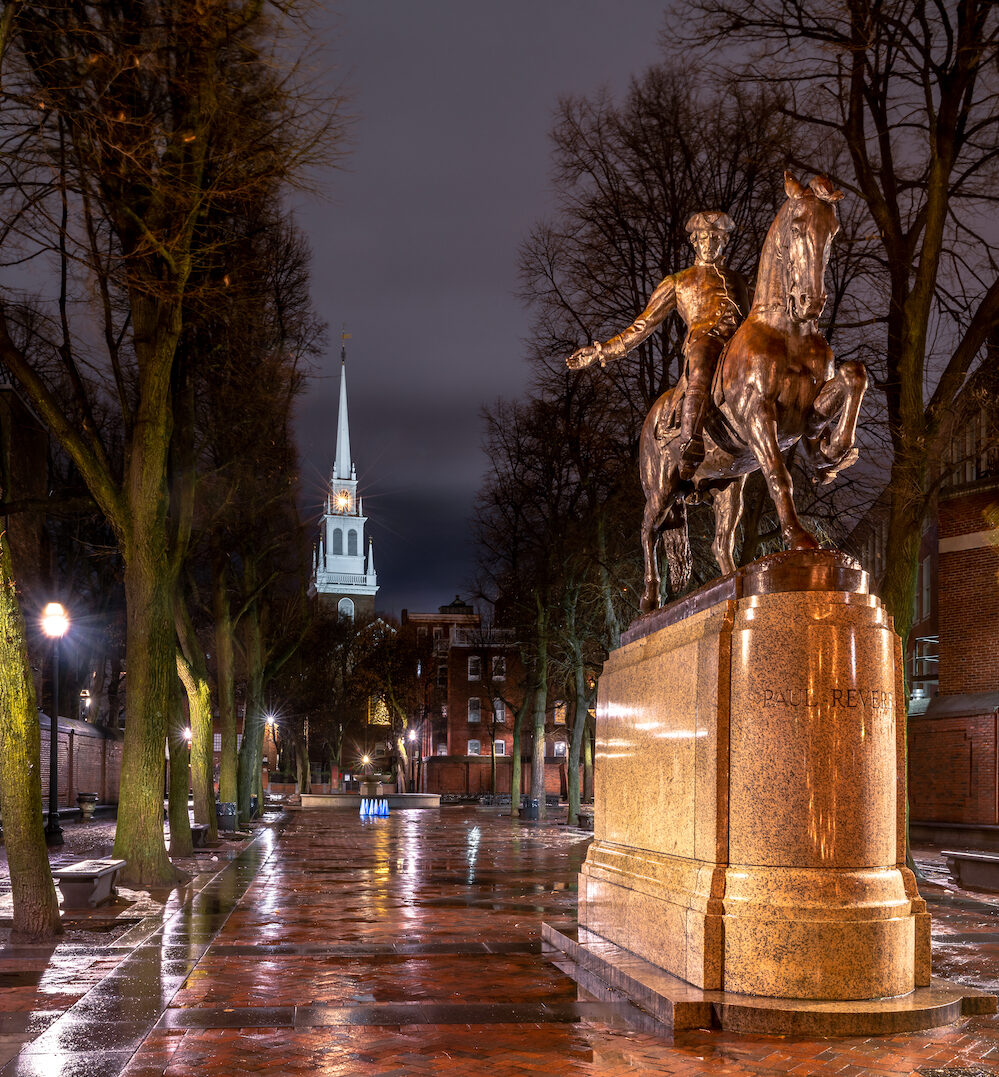 Lantern2022, an in-person and virtual event, will celebrate the heroic actions of April 18, 1775 and Old North’s legacy of active citizenship. Join us for an uplifting evening featuring music, a spirited performance of the poem “Paul Revere’s Ride,” the inspiring words of honoree Michael R. Bloomberg, and a gathering after the program to socialize and watch the lighting of the lanterns. Proceeds will support the Old North Foundation’s virtual and on-site programs, which aim to inspire children and adults alike to consider the ways they can build a more just and equitable world.

Note: All attendees must show proof of vaccination and wear the provided mask when indoors.

The Old North Foundation is a secular 501(c)(3) nonprofit organization working to preserve the iconic Old North Church campus and engage audiences of all ages with its legacy.

About Our 2022 Third Lantern Honoree

Mike Bloomberg is an entrepreneur and three-term mayor of New York City whose innovations in business, government, and philanthropy have made him a pioneering leader on critical issues facing America and the world. He has launched major efforts to save and improve lives, including America’s largest campaigns to prevent gun violence and fight the climate crisis, and global initiatives to tackle pressing public health issues. Bloomberg serves as the UN Secretary-General’s Special Envoy for Climate Ambition and Solutions, and as WHO Ambassador for Noncommunicable Diseases and Injuries.

Elected mayor just weeks after the attacks of September 11, 2001, Bloomberg led New York City’s resurgence. He spearheaded the rebuilding of Lower Manhattan, fought poverty with new programs that became national models, and turned around a failing school system. Bloomberg reduced carbon emissions by 13 percent, increased New Yorkers’ life expectancy by three years, and cut crime by a third while reducing incarceration by nearly 40 percent. Despite the Great Recession, he led the city to record job growth.

After his third term in City Hall ended in 2013, he resumed leadership of Bloomberg LP, the financial technology and media company he founded in 1981, and expanded his philanthropic work. Bloomberg LP now employs some 20,000 people, and Bloomberg Philanthropies works to improve lives through its core focus areas: Public Health, Education, the Environment, Government Innovation, the Arts, and the Greenwood Initiative, which aims to accelerate the pace of wealth accumulation in Black communities and address systemic underinvestment in them. He also launched a series of major efforts to help fight the coronavirus in the U.S. and around the world. Bloomberg has given away more than $12.7 billion.

Bloomberg was born in Boston on February 14, 1942, and grew up in a middle-class home in Medford, Massachusetts. He graduated from Johns Hopkins University and Harvard Business School. Bloomberg is the father of two daughters, Emma and Georgina, and has two grandchildren. He lives in New York City.