One of the least known facts about the Old North Church is that in the year 1736 minister Charles Wesley, the co-founder of Methodism visited Boston and preached here. His presence in the American colonies started a year earlier. Wesley left England in October 1735 for the Georgia colony after being appointed secretary of Indian Affairs as well as serving as the Royal Governor’s personal secretary. After enduring six months of hot weather and hot-headed leadership, Charles chose to return to England. Shortly after departing for England, his ship encountered a number of storms at sea, causing severe damage to the ship and requiring a stop in Boston in September 1736 for repairs. Just one day after arriving in Boston, Wesley met with the minister of Christ Church (Old North Church). For four consecutive Sundays Wesley preached here: September 26th, October 3rd, October 10th, and October 17th. 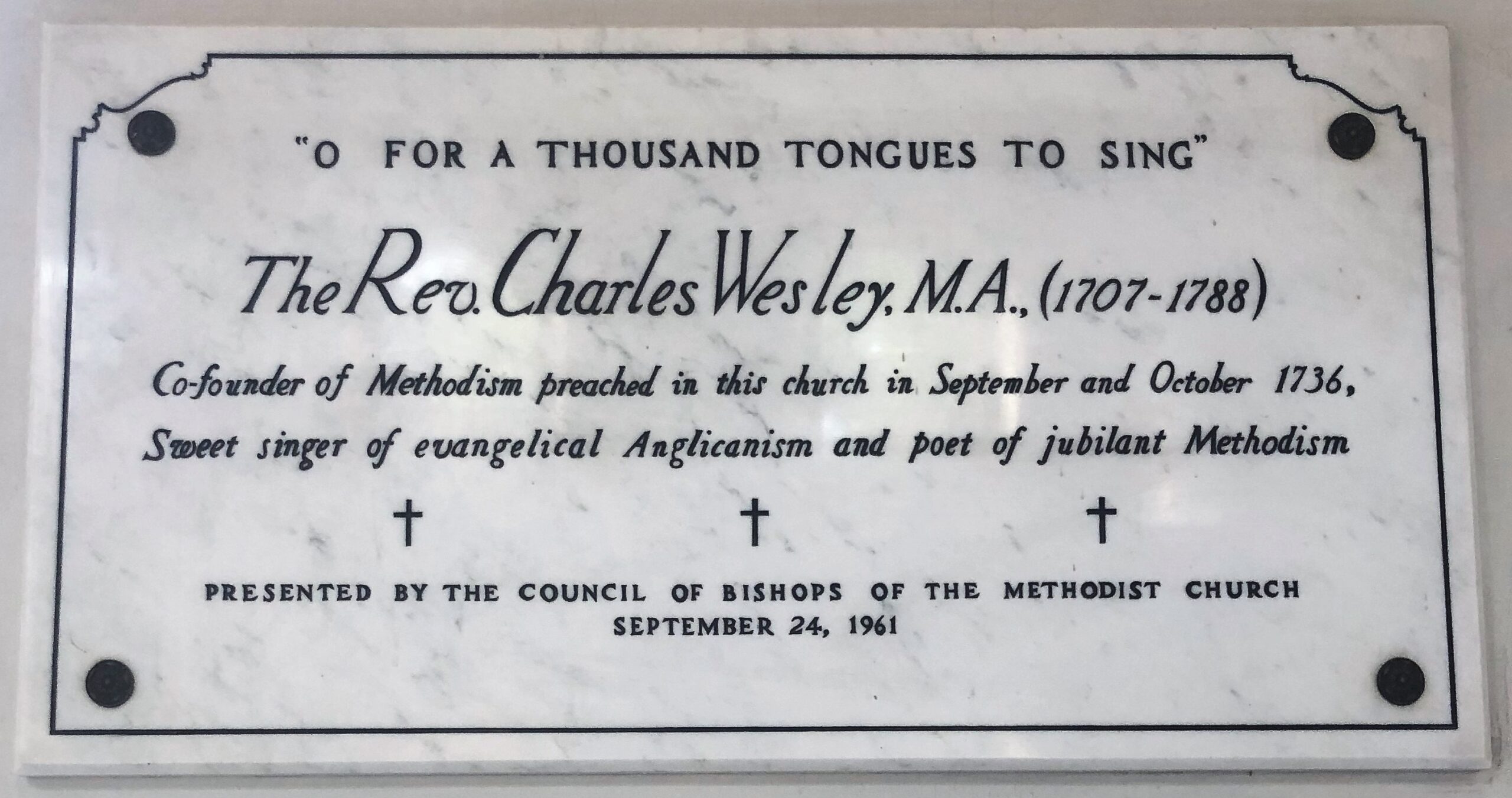 Unfortunately, due to bad health, when Wesley was not preaching, he spent most of his time in Boston in bed. He sought the medical advice of Doctor Thomas Greaves (pronounced Graves). Dr. Greaves was an active member of the Old North congregation and owned pew #28. Dr. Greaves entered Harvard in the class of 1703 and took up medicine as a profession after graduation. In 1722 he became a member of a committee to raise funds to build the Old North Church. He later served as its first senior warden from 1724- 25 and as a member of the vestry at various intervals between 1726 and 1739. When Wesley first sought out his medical advice, Dr. Greaves prescribed a “Vomit” which Wesley later claimed helped him to feel better. Two weeks later, Wesley visited Dr. Greaves once again and he recorded in his diary: “I vomited, purged, bled, sweated and took laudanum as prescribed.” Charles Wesley claimed that he felt better after his second medical treatment. Charles Wesley returned home to England shortly after that with his brother, the other co-founder of Methodism.

The Old North Church has the distinction today of being the only church still standing in the United States where Charles Wesley once preached.