This article is the third in a three-part series. Read Part 1 and Part 2 first.

Ultimately, the most compelling part of the story, though, lies in the strength found in community and how everyone can have a role to play in fighting for a cause. The story of the Amistad is not one of a lone hero like Cinqué or Adams saving the day, but one of many people contributing in a plethora of ways that all combined to win the case. If any of these factors were removed, history might have gone a very different way.

Support came in a number of ways from Americans, and not always intentionally. Newspapers kept the story alive for their readers. Artists drew portraits that effectively added faces to the names for the public. Plays were performed about the event. While often condescending or utilizing stereotypes, and at times designed only to make a quick buck, these various depictions still indirectly helped draw public attention to the case over the long months in court.[1] 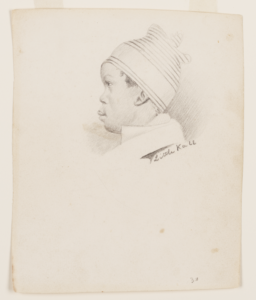 Of course, the legal support from Baldwin, Adams, and others was instrumental. New London resident Dwight Janes quickly grasped the importance of the event and helped organize support simply by writing to every associate he could. Wealthy abolitionists like Lewis Tappan helped fund support for the captives, and even orchestrated a tour with the now famous Africans after the Supreme Court decision to raise funds for their return home.[2]Small donors contributed what they could to the cause. Covey and Pratt were absolutely essential as translators. A Connecticut farmer, John Treadwell Norton, opened up his home to the Africans after their release from the New Haven jail, where they stayed for months as they raised money for their return. And when the Amistad’s enslaved cabin boy, Antonio, was ordered by the court back into slavery, he disappeared along the underground railroad to Montreal, with help from Tappan. Support came in many ways.[3]

Foremost throughout this moment in history, though, is the role played by the Amistad Africans themselves. Rediker describes their creation of a new identity, the “Mendi People.” First used in the famous letter written by Kale to John Quincy Adams about their wish to return home, the “i” at the end of the word implied a new identity formed from their shared experience. Rediker writes:

“Drawing on the additive nature of Mende and other surrounding cultures, they achieved a new level of social bonding through a two-sided process that took place inside the jail: the linguistic and cultural assimilation of the non-Mende people to the ways of the numerically dominant Mende among them, and the creation of a new “we”, a collective identity, against a newly perceived “they” in the external world… The collective would use its new name to make claims — about who the group was and what its future should be.”[4] 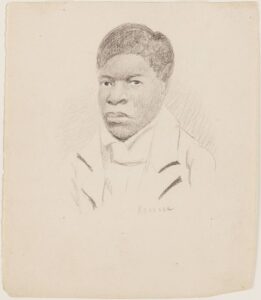 Rather than dividing amongst themselves or slipping into hopelessness, the newfound identity helped give the group the strength and courage to survive, endure setbacks to resecuring their freedom, and ensure that everyone made it home.[5]

Cinqué was often portrayed at the time, and even today, as the hero of the uprising, which is perhaps not wrong. But drawing on and expanding further from Rediker’s point in The Amistad Rebellion, many different people helped Cinqué with leading the uprising, and then assisted with keeping unity during the ordeal after. Unity was often achieved via the Poro Society, a system common in their home region of Africa where a debate among members was held to maintain social order and govern. During the initial uprising, it was Cinqué, Faquorna, Moru, and Kimbo who led the first charge after an earlier Poro debate amongst the captives had helped the group reach unity on what to do. Throughout this event, though, innumerable examples arise of everyone doing their part and contributing to the greater good. For instance, another of the leaders, Burna, was instrumental as an early translator, being the only one originally who knew even limited English. A different Burna, along with a man named Sessi, were experienced blacksmiths who may have figured out how to pick the locks of their chains aboard the Amistad. The young boy, Kale, quickly learned English while in the U.S. and wrote letters on behalf of the group. And Kinna would also learn English quite well and repeatedly told their story during their fundraising tour after the trial — as it turns out, the largest single “fundraiser” for their return home was the Mendi people themselves. [6] 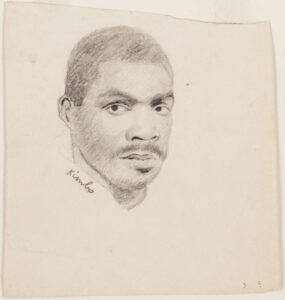 Countless other instances exist of how the different members of the Mendi worked together. They were not passive witnesses to history, but the active players in this historic moment: seizing the opportunity to regain their freedom, testifying on their own behalf any way they could, and striving to control their own fate throughout the ordeal. Like most any event in history, it took many people taking action to shape history. The Amistad Africans, individually and cohesively, not only changed the course of their own lives, but also served as an inspiration for many Americans about the power they had to take part and champion a cause that defined the 19th century.

[5]One of the Mendi people, Foone, did despair and seemed to have killed himself: an excellent swimmer, he drowned mysteriously during the long wait after the trial to return home. Perhaps more would have despaired without this sense of community.

In this episode of Illuminating the Unseen, Jaimie examines the struggle for Black freedom in Massachusetts from 1723 – 1795. Jaimie tracks what the…